True or False movie questions. I bet you won't get 100%

True or False movie questions.Guess if these curious facts about Hollywood films are true or false. We hope it won’t be too difficult to pass. But also: you won’t get all the answers right, that’s for sure. Want to probe us wrong? Well, let’s play. Enjoy.

Hollywood is famous, of course, for providing fabulous films on the evaluations of economic, cultural, and technological nature. It is considered the major global player in the film industry for its well-known movies.

Hollywood films have become an integral part of our lives and we watch our favorite series, again and again, like, x-men series, harry potter and such other great stories. We prefer Hollywood films over Indian Cinema because of their exciting Action movies and technological innovations and that makes Hollywood films worth watching.

These movies have greatly impacted viewing habits of audiences for the past decades and people are latterly addicted to these movies. Every Hollywood movie you’ve ever seen has interesting anecdotes and curious facts behind it. Some facts are even more interesting and surprising than the movie itself.

True or False movie questions. I bet you won’t get 100%

We have shortlisted the coolest 15 facts under 15 questions about your favorite Hollywood movies that you most probably do not know and had no idea about them. You’ll be excited while answering these questions and instead of reading a long article on facts about Hollywood films you will get the right answers at the end of the quiz.

Try it now and find the 15 curious facts of the Hollywood film industry.

I define myself as an empathetic, creative, proactive and results-oriented person. I am passionate about professional and personal development, Human Resources management, entrepreneurship, information technologies, innovation and the development of business strategies. I love to learn something new every day. 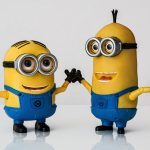